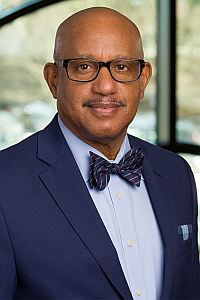 Jason Holt is a partner with Chiesa Shahinian & Giantomasi PC in their real estate department.  He is a seasoned attorney with more than two decades of experience in state and local government, municipal corporations, turnaround strategy, litigation and fiscal management. In his practice, he draws upon his background navigating the political and economic challenges that arise throughout the redevelopment process to assist municipalities and developers in drafting and negotiating redevelopment plans and agreements, as well as Payment in Lieu of Taxes (“PILOT”) agreements, tax appeals and tax exemptions. Further, Jason is a member of the firm's Cannabis Law team.

Prior to joining the firm, for 16 years Jason served as Corporation Counsel to the City of East Orange and subsequently as City Solicitor for Atlantic City. In these positions, he was the cities’ chief legal officer charged with overseeing and directing the broad spectrum of the municipalities’ legal affairs. During his tenure in Atlantic City, he was unanimously selected by the Mayor and City Council to serve as the City’s Business Administrator and was subsequently tapped by the State’s Department of Community Affairs to continue as its Business Administrator to assist in the implementation of the Municipal Stabilization & Recovery Act. In addition, Jason worked with the Division of Local Government Services and the Local Finance Board to address violations of the Local Government Ethics Law. He has also held many other high-profile positions in government including Municipal Court Judge, Deputy Legislative Counsel to the State legislature and assistant Freeholder Counsel to the Essex County Board of Freeholders.

Jason earned his J.D. from Rutgers Law School and his B.S. from Cornell University. He also received his diplomate in Municipal Law.  Outside of his practice, he is a civically engaged member of the State's legal community – participating in various bar associations and committees and serving on CSG's Diversity & Inclusion Committee, the Newark YMCA's Diversity & Inclusion Task Force, the Harvard Alumni Entrepreneurs Diversity Working Group, Chair of NJILGA’s Diversity Committee and Chair of the Legal Redress Committee for the NAACP of the Oranges & Maplewood Branch. It is noteworthy that he also received a United States Congress Certificate of Recognition for his work in the area of civil rights. In addition, he is the author of various articles concerning state and local government.